Conclusions：Our findings suggest that bacteria with low abundance play an important role in synthetic communities and that only a few bacterial taxa enriched in diseased roots are associated with disease resistance. Therefore, the construction and simplification of synthetic communities found in the present study could be a strategy employed by plants to adapt to environmental stress. 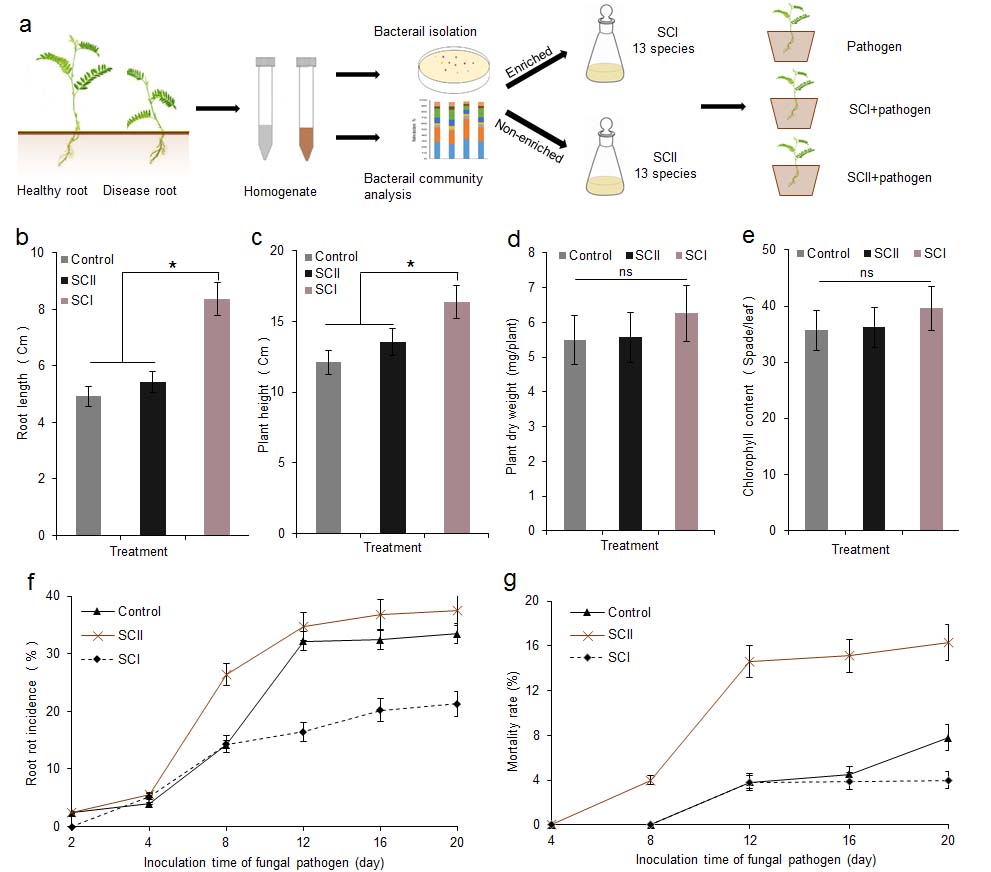